If you enjoy not gaining weight then I suggest you stay far, far away from Grampa’s Bakery and Restaurant. A Paleo dieter may actually burst into flames if they dare step foot in this place. Actually, on second thought, it wouldn’t be such bad thing if a paleo preacher burst into flames. We get it already! You eat like a caveman! You spend hours preparing meals! No one gives a shit, Encino Man…WOW. That felt good.

Clearly, I have no interest in dieting. I eat my complimentary Grampa pastries with no guilt whatsoever and I have been eating them long before Guy Fieri showed up there in his douchey car.

That’s right, I said complimentary pastries. They are served with all breakfast and lunch orders. It’s like a bread basket on crack. Honestly,  I would come here just for the free pastries, but that’s frowned upon.

As we were eating here on Monday my friend made a great point about the food. She said,  “It’s so good because it’s simple”. And she’s right. Everything is home cooked in the most simple way and it is this simplicity that makes the food so delicious and comforting.

Example A: Grampa’s French Toast. Whoever says that everything is bigger in Texas has never been to Florida and eaten Grampa’s french toast. Our omelets paled in comparison to my husband’s gigantic slices of deliciousness. This dish is made the way we expect french toast to be made. The familiarity of the flavors makes the meal even more enjoyable than it already is.

The restaurant itself could definitely use an update but an update would just be sad. The outdated decor is part of the charm of Grampa’s Bakery and Restaurant. It’s the type of place that you can always count on to look the same. I am confident that 20 years from now Grampa’s Bakery and Restaurant will still look the same and taste the same. This makes aging a little easier for me.

One thought on “Grampa’s Bakery and Restaurant: Dania Beach” 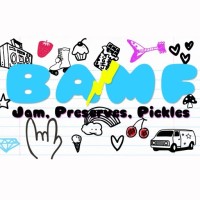